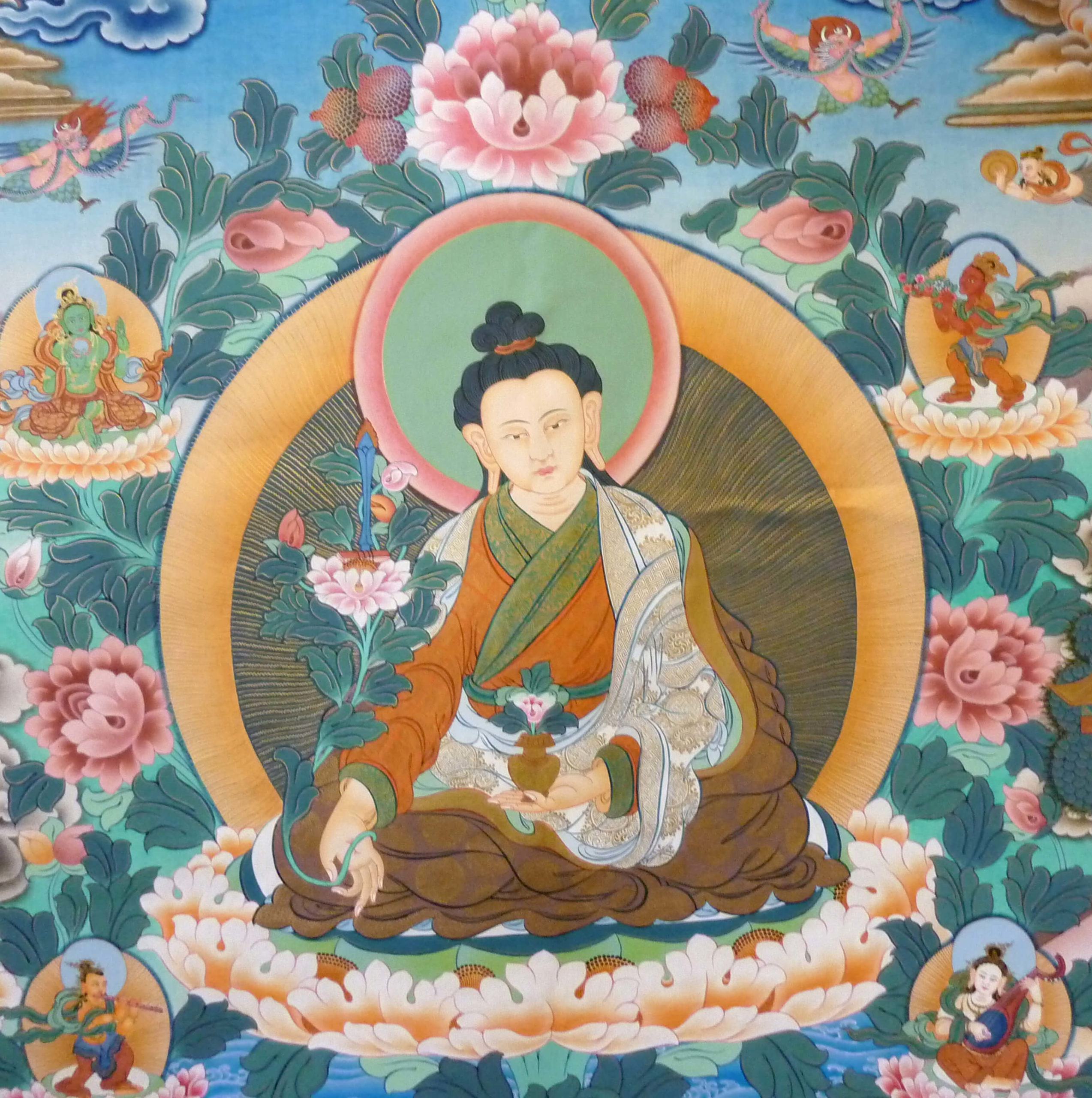 Does Tibetan Medicine cure all diseases?

Theoretically, Medicine Buddha taught, according to Buddhist concept, everything about pathologies and their cures. However, everyone’s life is ruled by their own karma or destiny that eventually leads to death. Therefore there are some diseases that cannot be cured by medicine. In Tibetan Medicine, they are called karmic diseases. But medicine and therapies do restore the system and relieve pain and suffering throughout life.

Generally the medicine should be blessed by Lamas or it is blessed by the physician himself. Today, the invasion of science and technology improves the quality of the products, and makes them available to many people, and thus, it seems to gain the upper hand over the tradition of blessing, which is definitively important for the medicine.

I think yes, because medicine is neutral. It has its own power that works wherever it is used, like a sword which can be used by different people. Medicine Buddha taught the art of healing for all, without any discrimination. There is no reason for spiritual conflicts between a doctor’s and his patient’s beliefs within this medical practice, because Tibetan medicine practitioners are not instructed to treat only Buddhists or to use the practice as an instrument for converting patients to Buddhism.
The heart of Tibetan Mahayana Buddhism is a life dedicated to others. The practice of altruism, through the medical profession, is the real motivation of the physician as helping others, giving harmony and relieving pain, is a source of spiritual merit, that doesn’t depend on the patient’s religious beliefs.
The most powerful healing power is love and compassion that all of us need but generally lack. The Bodhisatva’s way is to cultivate them in the mind and put them into practice without distinguishing western or eastern medicine science.

At the moment, Tibetan medicine can be used as a supporting therapy but it is not a substitute to conventional therapies. Tibetan medicine can harmonize the body/mind and humors, increase the immune system, and prolong life when the Tibetan therapy has begun in early stage.

What is a karmic disease?

In Tibetan Medicine, the very disease which sooner or later will attack the person and lead him to death is called ‘karmic disease‘. For example like certain types of cancer, HIV etc. There are 101 different karmic diseases manifested from the three humors as well as invisible other conditions. In short, there are nine main fatal diseases which are traditionally considered as karmic diseases:

In what kind of treatments does Tibetan medicine have good results?

Tibetan medicine is particularly effective in chronic disorders like digestive system disturbances, rheumatism and arthritis, chronic liver ailment and poor blood circulatory system. Tibetan medicine can also prevent from cold or constitutional tendencies. It helps improve the immune system and removes chronic inflammation disorders. Generally, the effectiveness of the treatment depends on the physician and his or her experience.

In Tibet, by tradition, some spiritual and magical rites, and ritual healing practices are mixed. They are different from the traditional Tibetan medicine. In the Tibetan society, some legendary and miraculous healings are believed to be true.

Does Tibetan medicine cure diseases only by natural herbs?

Generally yes. All products are made of natural herbs and minerals. But various other therapies, according to the mental and emotional state of the person, may also be used, like yoga, meditation, astrology and Buddhist psychological advice.

Can Tibetan doctors tell all diseases just by reading pulse?

It depends on the physician’s experience. Experienced physicians can discover many of the psychic and physical complaints. Some hidden diseases may be difficult to reveal. But pulse reading alone may not be sufficient to measure all disorders, therefore physicians also use other examination techniques to discover more hidden disorders, e.g. urine analysis, tongue diagnostic, ear and facial diagnosis and especially questioning. They are very important elements of the Tibetan medical diagnosis field.

Do Tibetan physicians cure disease by meditation or spiritual power?

Maybe this question rises from a western concept and fantasy on the Tibetans. Books made of inventions describe a lot on esoteric and psycho-spiritual healing cures existing in Tibet. In fact, these concepts are much far from the reality. Patients are treated by physicians at first hand, or lamas refer the patients to the physicians. If the physician finds out that the disease is beyond his capacity, like karmic disease, he refers the patient to the lama for spiritual cures. But it is not only for situations such as this one. Many Tibetans also go to see the lama to find out which physician could be the right one or the most connected to his or her situation. However, it does not mean that Tibetan physicians do not cure patients by rites and rituals. It is just not the main point of curing and healing the disease. Tibetan physicians first visit patients and treat them with natural herbs and minerals, according to the system. Of course, depending on the question if the patient is Buddhist or not, they may also give advice according to the Buddhist psychotherapy to accept the disease and search for a healing, and to pray and meditate on the disease, its cause and condition and particularly on special deity practice. This is a dual treatment tradition of the physicians and lamas.

Why doesn’t Tibetan medicine have surgery?

As recorded in the history of Tibetan Medicine, Tibetan surgery was banned during the eighth century after a failed heart operation on the Mother Queen of Tibet, and it gradually disappeared from the medical practice. Minor operations like eyes cataract, lungs and abdominal water drainage, and hemorrhoid operation are still practiced. There are some other theories about the cause of disappearance of the surgery.

Are all physicians lamas?

No. According to the history of Tibetan Medicine, dating from the 7th century to 14th century, most physicians were lay people and came from families with a medical tradition. TM began to be taught in some monasteries in the 15th century and was gradually developed by the Buddhist concept of altruistic life and religious practice. Later, the State supported the Monastic school of Medicine Chagpori, which was established in 1696 by Desid Sangye Gyatsho (1653-1705) in Lhasa. This school became the pattern to many monasteries of Tibet. Many monasteries started to form separate schools inside the monastery and therefore the family tradition of study decreased. In 1916, the Lhasa Mentseekhang was founded by Ven. Doctor Khyenrab Norbu (1883-1962) with the State support. It opened the door to the laity, monks and nuns and produced many Tibetan physicians within and outside of Tibet in a short period of time. Nowadays in the Tibetan society, the number of lay Tibetan physicians is greater than that of physicians among the monastic community.

Is it an obligation to be monk or Lama to become a physician in Tibet?

No, there is no obligation to become monk or nun, but celibacy definitively inspires more respect and trust from the people.

Should one be Buddhist to become a Tibetan medicine physician?

Where can Tibetan Medicine be learned?

There are not many places in the world where Tibetan Medicine can be learned. The Mentseekhang in Dharamsala (India) is one of the biggest Tibetan Medical institutes outside of Tibet.
There are some institutes and private organizations in Europe that provide information on Tibetan Medicine.
(see also our courses section)